skip to main | skip to sidebar

Wow, I did not realize it had been so long since I wrote anything on this blog. Time sure does seem to fly by when the weather warms up and you are busy writing new items down on the old "to do" list faster than you can check them off. We put in two gardens this year and that is one of the things that has kept both my husband and I busy lately. Luckily we did have some help from Cinnamon the chicken. When we first tilled up the old garden spot awhile back we found lots of grub worms just waiting for some new garden plants to unleash their evil grub worm destruction on. We do all agree grub worms are evil right? 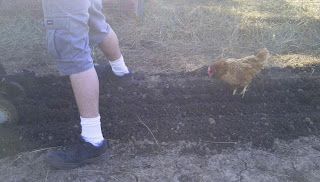 What is one answer to grub worms when breaking soil before planting? A hungry chicken! Cinnamon went right to work eliminating every wicked grub worm her keen eye could find, she was ruthless. Cinnamon proved she was no dumb bird by following behind the tiller where the most grub worms could be found. 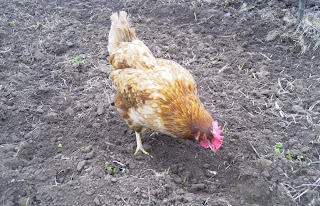 Then she went to work on the rest of the garden spot, scratching and pecking. No grub that dared peek it's ugly worm head out of the soil had a chance with Cinnamon the chicken on the job! When her hard work of grub worm control was over she took a well deserved dust bath and laid an egg in the horse trailer. Thanks for the help Cinnamon...and the egg! 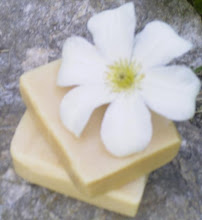 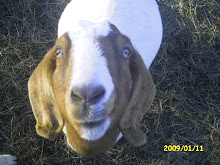